Until we Stop Remembering

How good are you at remembering? Our culture runs well when appointments, obligations and responsibilities are remembered, but collapses, one piece at a time, when these utterly important errands are forgotten. Every year Canadians have a holiday weekend in November called “Remembrance Day”, an annual chance to remember those men and women who died, are dying or will die for our freedom. In four months, we will remember another death with another national holiday. Whether you consider Good Friday more or less important than November 11th, humankind has considered this death, that of Jesus Christ, one of the most important in history. Though this comparison can break down easily, and may be seen as sacrilegious, I would argue that the sacrifices our soldiers make for us can be viewed in a similar light as the death of Jesus Christ of Nazareth.
Last December, I enjoyed a beer while talking with a dear friend of mine who may be asked, someday, to fight for his country in Afghanistan as the captain of a CH-146 Griffon helicopter. As we talked, he told me about the things he loves about flying, the other captains, commanders or Lieutenants he works with, and the changes he has seen since moving to Edmonton three years ago. Currently, Steve continues taking steps foreword in his training, being involved in search and rescue missions, flying in and through canyons in the Rockies and strapping himself in for simulated missions at the CFB Namao air base, just outside of Edmonton.
In the BBC documentary “Why We Fight?” (© 2005 Charlotte Street Films, Ltd.) Eugene Jarecki gives many reasons why soldiers may choose to fight for their country. Soldiers are famous for listing “freedom” as one of their reasons for fighting. They may have done it because their parents and grandparents had fought and it was expected that they would fight as well. In more recent years, “revenge” has become the reason why we fight. And of course, servicemen and women are paid well. My friend Steve has a heart of gold, a mind that would allow him to thrive at anything he wanted and a deep and sincere Christian faith. I also know that Steve loves adventure but, when I first heard about the adventure he had chosen, I was confused. “Can’t he find a different, safer adventure?” But when I asked him “Why he wanted to fly in the face of possible danger?” he simply said, “I want to. I don’t want to be a transporter (flying for an airline) I want to FLY.”
How many soldiers who decided to fight in Afghanistan knew they would die for our freedom and therefore for us? Though he did not fight in Iraq, Afghanistan, the west bank or in any of the other 30 wars currently being fought on this planet, Jesus did. And because of this, He was one of the best freedom fighters the world has ever known. Whether it was through His righteous anger as he cleared the temple (Matthew 21:12-17), his defiance against the ‘teachers’ of his day (numerous sightings), or the way he defended His fellow outcasts, Jesus fought for what was right (Luke 4:18-19). Before He was born, His death was predetermined by His Father, and He was determined to make every day of it count for the Glory of His God. Because of these actions, he inspired Paul to write:
“For our struggle is not against flesh and blood, but against the rulers, against the authorities, against the powers of this dark world and against the spiritual forces of evil in the heavenly realms.” (Ephesians 6:12)
These words were written almost 2,000 years ago and I know that Steve believes them. But the fact that we do not need to fight with our hands to make a difference still remains a hard lesson for the world to learn. Whether our wars are large or small, we often conclude that “just one more war is necessary to teach ____ that my way is right.” Humanity does not remember the importance of each individual life well enough to stop killing it. If we did, we would stop the blood bath and then, we may be able to stop remembering. Until then, we will always need this annual day.
We often remember little, unimportant facts: sports stats, gas prices and math statistics. Steve remembers these things. But he also remembers other, more important numbers like, birthdays, e-mail addresses and favorite Bible passages. He is an example of a person who remembers the finer things in life: coming home for Christmas, watching a good hockey game, and walking and riding miles with his brother, sister and friends.
Several years ago, I bought a Christmas card that shows a Christmas tree on the front. As I opened its many folds, I found that the tree’s branches slowly disappear to reveal a cross. As we enter into the Christmas season, the fact that Jesus, “the freedom fighter”, was born to die is one more thing worth remembering. Steve remembers this! 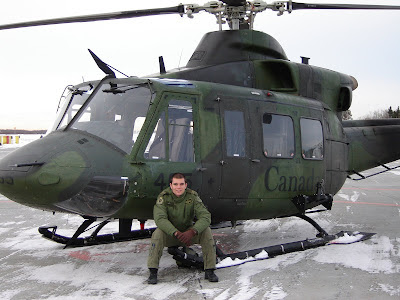 “It is for freedom that Christ has set us free. Stand firm, then, and do not let yourselves be burdened again by a yoke of slavery. Mark my words!”
Galatians 5:1-2

Posted by David Ducklow at 11:13 PM No comments:

“Hi, I’m David and I’m an anxiety addict.” Every day I wonder if I can match up to others’ expectations of me. Do I perform my job correctly? Do I spend my free time effectively? This is what the little voice inside of me asks regularly. Or in bed at night, I think and wrestle over positive or negative ways that I can change myself, others or anything else I may be able to effect. These questions make me and keep me anxious. And I can’t seem to get away from them.

Several years ago, a speaker at my favorite summer camp spent the week talking about the beatitudes that esus lists in Matthew 5. At about that time, I had a shirt that stated one of them on the back: “Blessed are the Peacemakers, for they shall be called children of God” (Matthew 5:9). The speaker’s hope was that the campers would form their lives around what he referred to as the “Be-Attitudes.” As I grew, I continued to work at building my life around these truths. Now that I am older and wiser, I realize that I probably have, though because of my anxiety issue, I still find that true peace is a fleeting desire. I have also learned that there may be more Be-Attitudes than I originally thought.

My parents have been marriage and family councilors for years. My has been a pastor since before I was born, and I have heard many testimonies of how they have brought about and encouraged healing in the lives of their clients. (See their website www.theducklows.ca for more.) Because of people like them, I don’t believe the beatitudes of the New Testament are exhaustive, because I would not be surprised to hear Christ say something like this:

“Blessed are the Piece-makers for they shall be whole.”

People who look at my parents, and others like them, wonder in awe at how they can maintain a marriage, raise a family or disciple a community as they do. My answer: “Because they do their best to be piece-makers, they are blessed.”

ust like the other beatitudes, piece-makers are not only professional councilors, psychologists or pastors and others who seem to have their lives together. Piece-makers could also be stay at home parents, truck drivers, or hopefully S.E.A’s like me. They are nobody special. They are just people who enjoy a good relational puzzle every once in a while. They enjoy the challenge of getting others on track, slowly fitting one piece together with its unique partner designed by God to make that person whole.

Last week, over breakfast, my boss placed a basket on the table and encouraged all the others present to take a sheet of paper and pray for the name on the paper. I grabbed one quickly and placed it in my pocket. A few days later, I approached the person whose name I had picked and asked, “So, how can I be praying for you?” I could have also said, “How can I pray so that the pieces of your life may fit, become bigger and you may become whole?” We are supposed to be praying for these people for one week, but I hope to remember this colleague’s name in prayer until the pieces of her life fit together.

Who is your piece-maker? And to whom are you being a piece-maker? Over the past few years, I have felt somewhat incomplete. I have been a Christian for over eighteen years so faith has become a fairly large piece in my life and probably isn’t my problem. I have graduated from university and college, so I feel like I have achieved in the academic realm. I am part of a church family that loves me to pieces (no pun intended), and is willing to find and put the pieces that are missing, together. However, as I mentioned at the beginning, anxiety has always been a close but unwanted companion. If you drew my name out of the basket, feel free to pray against this unwanted companion in my life.

Each of us, no matter what our age, faith or occupation is, can play a role in putting someone else’s pieces back together and they can do the same for you. In that way, we may feel blessed.

Blessed are the meek for they shall inherit.
Blessed is the lamb whose blood flows.
Blessed are the sat upon, spat upon, ratted on,
O lord, why have you forsaken me?
I got no place to go,
I’ve walked around soho for the last night or so.
Ah, but it doesn’t matter, no.

Posted by David Ducklow at 11:16 AM No comments: